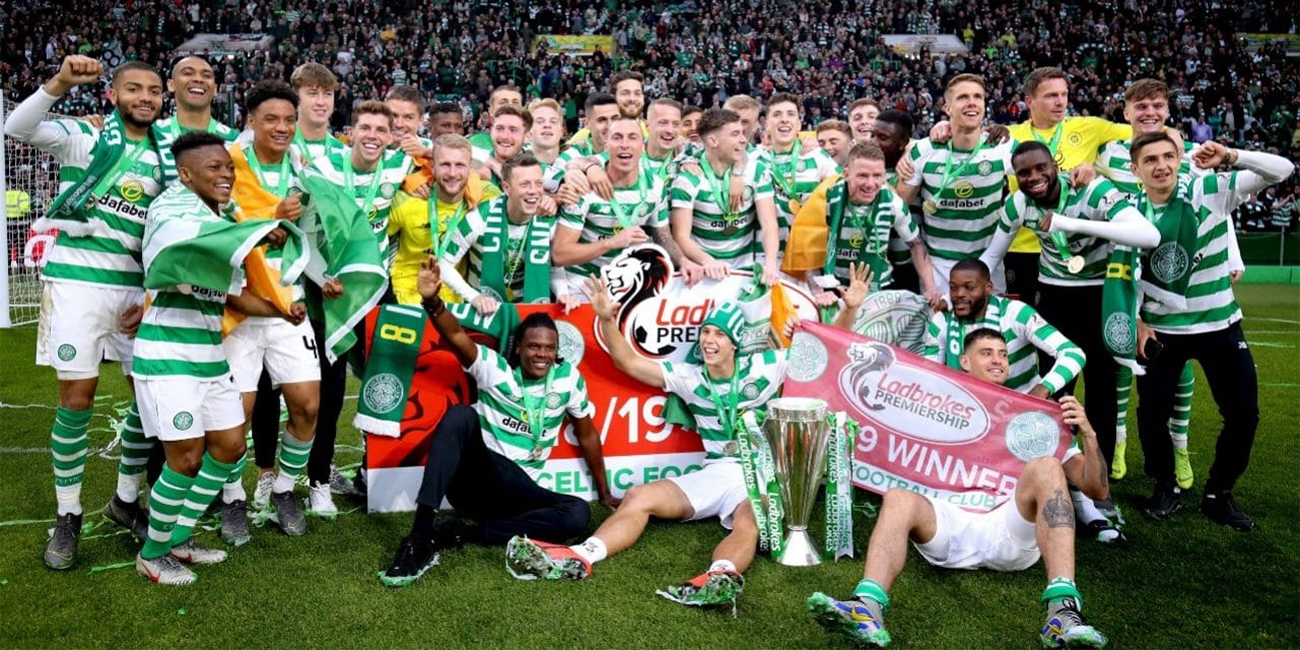 Celtic. A football team or a force of nature? This club was making history long before dominating the Scottish Premiership from the very first year of its inception. By 2012, the Hoops won 43 Championships and made a habit of winning multiple titles per season, qualities that only grew more impressive over time. Since 2013, when the Premiership was established and the Celtics marked their 125th anniversary, many things describe their epic legacy: Invincible, Double and Treble Treble victories, not to mention lifting six Premiership trophies in a row. With the electrifying 2019/20 season underway, however, the Hoops may be on the verge of losing their crown.

As the season’s tables stand, the Celtics and Rangers are neck and neck after both teams scored 2-0 against Motherwell and Livingston respectively. The SPFL scoreboard marks 34 points for either side, but the Hoops’ goal difference is edging them ahead. On the other hand, the Rangers have not been idle. Despite two losses so far between the Europa League and Premiership, this club is the one to fear. Their performance over the last few months has been strong and, more or less, of an equal footing with Celtic, if not superior at away games. It should be noted, however, that their single 0-2 defeat so far this season was to the Hoops. It could be that the SPFL titans will be able to hold their own despite the Rangers’ greatest efforts.

With at least five players out of the game due to injuries and suspensions, Aberdeen has somehow managed to reach the 3rd spot of the Scottish Premiership table. The team’s defences have proven to be both a blessing and a curse. Even 888 Sport betting predictions cannot decide where to place the team. While a 300/1 chance of relegation lingers in the live play odds market, the 1/20 expectation of Aberdeen finishing in the top six is more favorable and likely. The club’s 25 total points, however, suggests that a miracle is not beyond its reach. It’s a long way to 21 December when Celtic will be meeting this rival on the field. The fixtures leading up to it will show how ready Aberdeen is for a SPFL trophy.

This club had a bit of a thrashing in the last couple of matches, demoting the team to 4th place on the League table. Stephen Robinson, discussing Hibernian’s victory over his underperforming players, recognised the mistakes Motherwell made, including not staying with runners and lacking the ruthlessness demanded of a Premiership winner. This season really is tight when it comes to performance and scores, but, like Aberdeen, this team could not have reached their high perch without earning it. Moving forward, if Motherwell makes use of December’s fixtures to right their wrongs, they will remember the mindset and final third tactics that led them this far.

At the Premiership 2018/19 the Celtics defended their title for the third successive year with a final score of 87, followed by the Rangers once again with 78. Clearly, these two teams are the true contenders for the top spot, because of their grit and consistently powerful performance on the field. Neil Lennon, who took over from Brendan Rogers last year, has pushed his players to lifting trophy after trophy and this season should be no different.

It is still too early to tell if any of the Hoops’ rivals has the necessary skill, let alone the stamina, to topple the SPFL champions. The Guardian’s report on the critical games that tied the Celtics and Rangers shows a degree of luck involved in the goal difference that kept the latter in the lead, specifically Motherwell’s own goal by Richard Tait. At the same time, some key names are mentioned – Odsonne Édouard, Mohamed Elyounoussi and Olivier Ntcham. These players are making an impact in an already well-trained team and guiding the Celtic legacy towards its potential fourth consecutive League title.

The Rangers have stepped up as the worthiest challengers with Aberdeen and Motherwell baring teeth close behind. But their triumph mainly depends on whether the reigning champions can maintain and even exceed the high bar they themselves have set over these outstanding years.