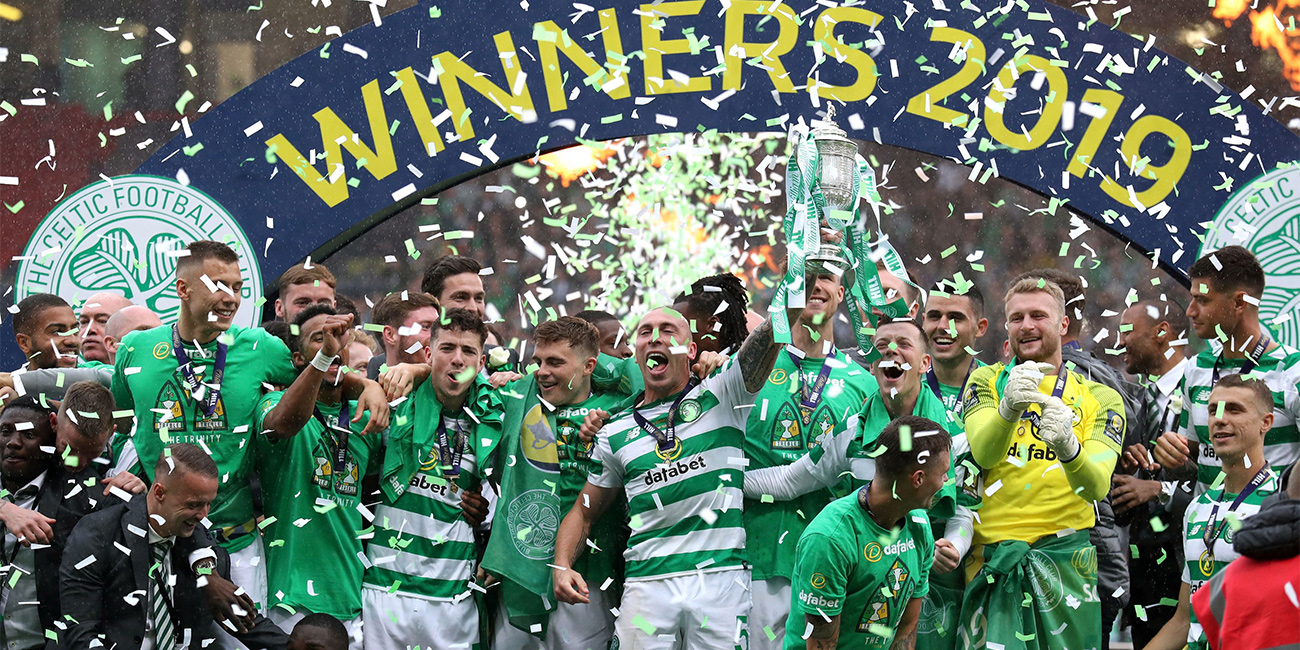 Can Celtic’s dominance be stopped?

Eight titles in eight years is Glasgow Celtic’s recent run. And, currently the Hoops sit on top of the Scottish Premiership with only Old Firm rivals Rangers for company. Can anyone stop Celtic winning their ninth title in a row?

The decline of Rangers

The demise of Rangers following their liquidation in February 2012 is a massive reason for Celtic’s domination. Before Rangers’ financial troubles, the Gers had won 12 more titles than Celtic with 54 (Celtic, 42).

Now, Celtic are just four behind their bitterest rivals and hunting their ninth title in succession.

It’s been a long way back for Rangers; three promotions in four years saw the Gers return for the 2016/17 Premiership season but, in their three seasons in the top flight, Rangers have only finished second behind Celtic once - last year.

But, there is cause for optimism amongst Rangers fans. The 2018/19 Premiership season was their best since winning the title way back in 2011. Just nine points separated the Hoops and the Gers on the final day of the season and the latter lost only one more game than the former.

Under Liverpool legend Steven Gerrard, Rangers have improved significantly. His managerial nous led the Gers to their first victory over Celtic since 2012 in December last year and Rangers had even gone 12 matches unbeaten in all competitions following Gerrard’s appointment.

In fact, Gerrard’s men sit second just two points below Celtic who are at the top of the table, and, it’s likely to go all the way to when the two sides meet again to decide which way the title may go this season.

Current Leicester boss Brendan Rodgers enjoyed a stellar spell as Celtic boss between 2016 and 2019, winning the domestic treble twice in his two full seasons at Celtic Park and finishing his first season undefeated.

His departure midway through last season rocked the Hoops, though the appointment of previous managerial hero Neil Lennon did much to offset that disappointment.

The former Liverpool boss lost 26 of 169 games and had his Celtic men playing some of the best football of their careers.

Let’s face it; it’s down to Rangers to stop Celtic. Already, thirteen points separate second-placed Rangers and third-placed Aberdeen - a gap which could be heavily inflated by the start of the new year.

The Gers’ first opportunity to break the Celtic stranglehold will be when the two sides meet in the highly-anticipated December League Cup Final in a clash that will have bookmaker enhanced odds flying left, right and centre. That game will surely set the tone for the fight to triumph in the Scottish Premiership.

Alfredo Morales was last season’s top goal-scorer with 18 and is presently third in the scoring ranks for this season with strike partner Jermain Defoe leading the way with ten. That is a good enough combination to stop Celtic and with the way Gerrard has his side playing, who’s to say that Rangers cannot finally end their Old Firm enemy’s dominance in Scottish football.