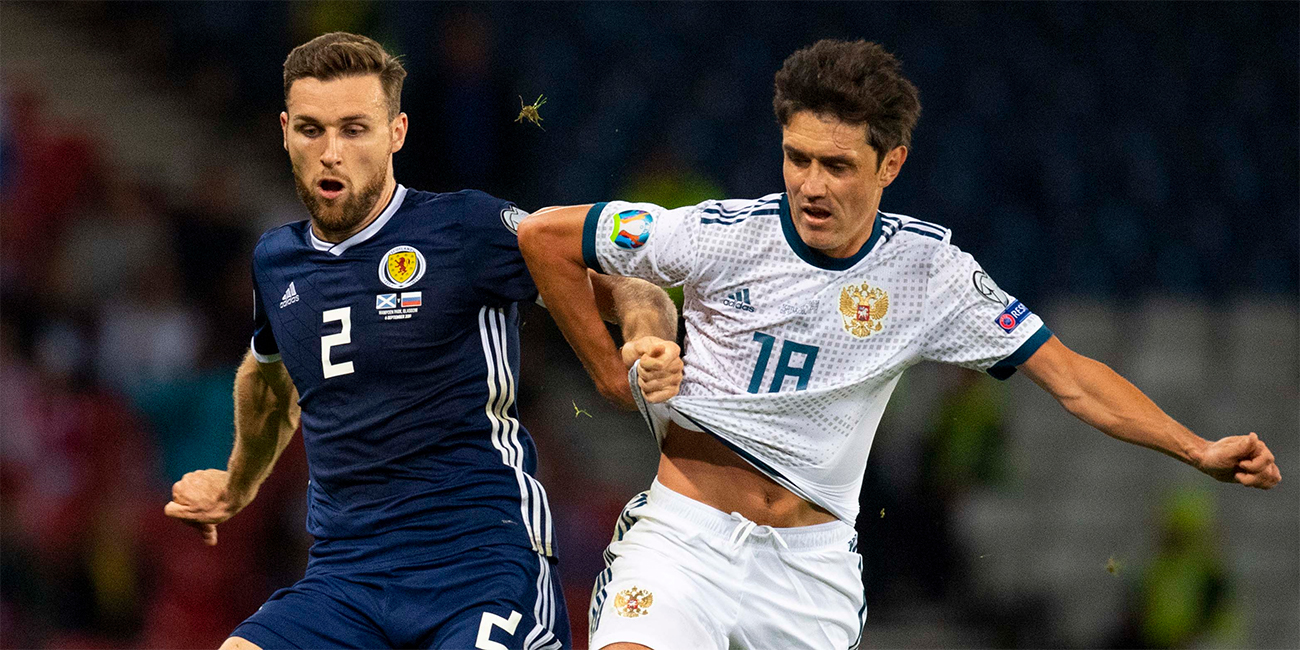 Scotland have not had the best of times in the Euro 2020 Qualifiers, as their hopes of finishing in the top two of Group I are almost over. The Tartan Army have a tricky test on their hands and will travel to Moscow to face Russia at the Luzhniki Stadium and then a forgiving home tie against San Marino at Hampden Park three days later.

Three defeats in a row against Russia and Belgium, which were branded as must-win games for Scotland, has hampered their progress to finish in the top  places of Group I. Without further ado, let’s take a look at Scotland’s next two games and the best Euro 2020 online betting odds that 888 Sport are offering.

Despite Scotland’s defeat to Russia in the last fixture, another close encounter is expected. Scotland boss Steve Clarke persists on getting his team to a major tournament for the first time since 1998. Coming off the back of a heavy defeat against Belgium, the Tartan Army will be desperate to turn their fortunes around.

Last year’s World Cup semi-finalists are on a winning run of five straight wins and haven’t lost a game since March, scoring 17 goals and conceding just one. Stanislav Cherchesov’s side are also unbeaten at home during the Euro 2020 qualifiers which combine to be a very tough task for Scotland overall.

Steve Clarke’s side would take a point, but knowingly need a win to stand any chance of finishing in the top spots in the group. The Tartan Army values at 13/2 to take all three points back home but will have to defend impeccably in order to topple the Russians.

With Scotland’s visitors yet to score a goal in Group I and with a goal difference of -28, there is no reason why Steve Clarke’s men can’t get back to winning ways here.

A repeat of the Tartan Army’s performance out in Serravalle will be expected by Clarke after recent criticism. Ryan Fraser is expected to be available for this game and therefore bolstering their chances to take all three points away from this game.

San Marino, who ranks 210th in the FIFA rankings, have conceded 23 goals in their last five away games during the qualification stage and that trend looks set to continue when they play at Hampden Park.

Scotland are clear favourites to win the game but shouldn’t take the game for granted after only winning by two goals last time. The road has already ended for San Marino, but for Scotland, it will be about keeping their Euro 2020 hopes alive.