The February 2020 P&B SPFL Buzz Index results have been crunched and our overall summary has been published.

Last week we took responses from 4026 fitba fans across the country and today we can reveal the results with fans of Montrose currently the most satisfied with their club, closely followed by near neighbours Arbroath who are currently living it up in the Championship promotion play off zone.

Livingston are the happiest fans in the top flight with a fantastic rating of 91, whilst a change of status at Queens Park certainly hasn't done the Spiders any harm with their fans giving their directors the highest approval rating of any board in the country with an approval rating of 95.

Down near the bottom of the index it's unsurprising to see Brechin City and Annan fans currently very unhappy with their lot, but Dundee fans are right up there with them, giving their under-performing team a caning with a rating of just 25, the second lowest across all four divisions.

Off the park it's Falkirk fans who remain most hacked off with their direction in the board room. The Bairns board scoring a league low approval rating of just 29.

Check the tables below then browse each division in more detail using the buttons underneath.

Thanks to everyone who voted. The poll will be back again in 3 months time. 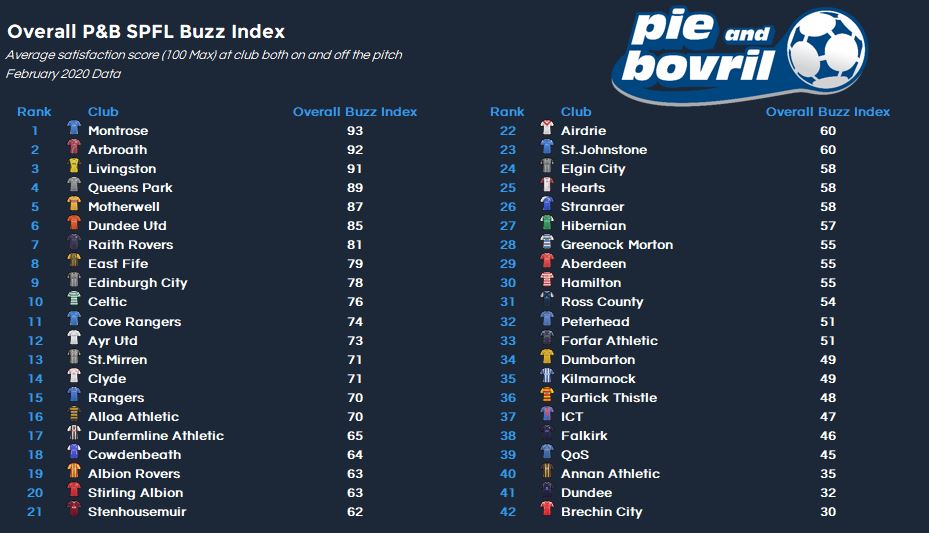 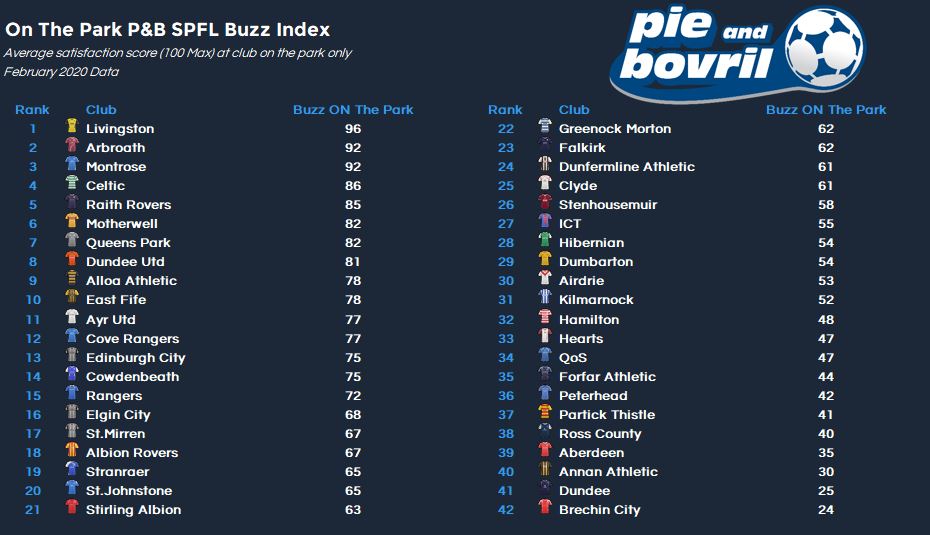 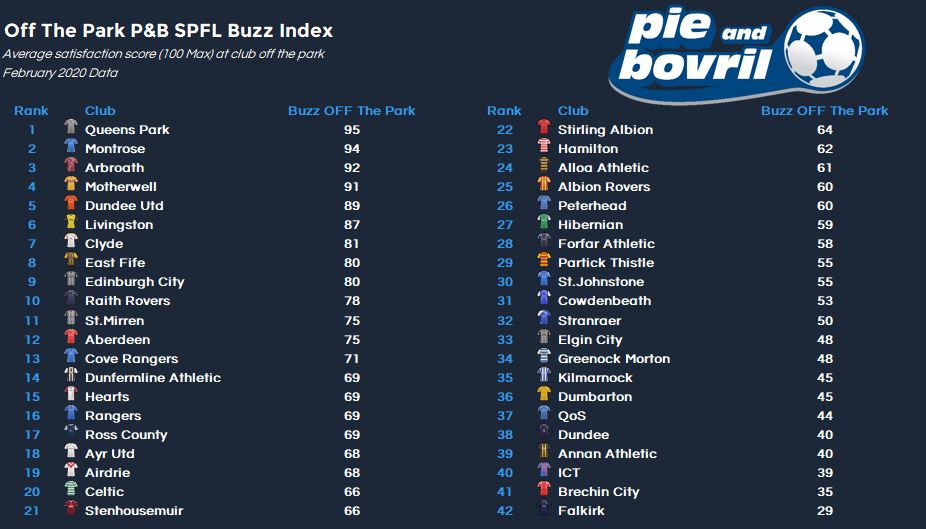