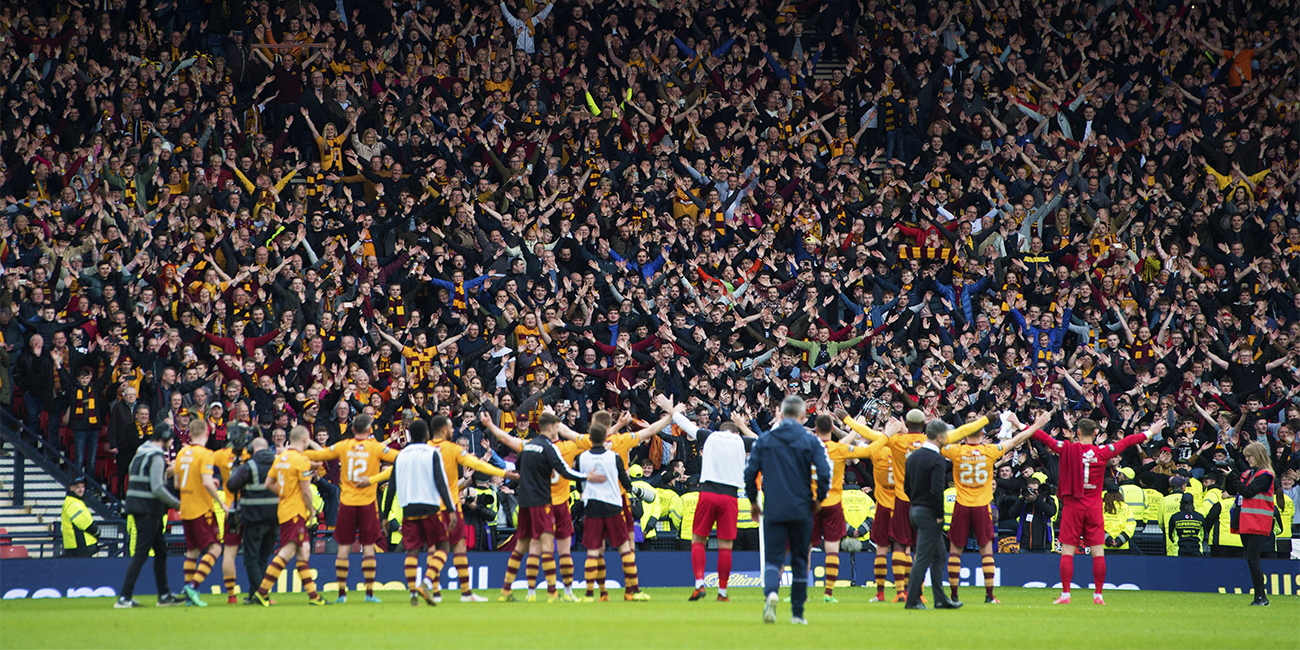 It's all swell at the 'Well

The October 2019 P&B SPFL Buzz Index results have been crunched and our Premiership summary is now available to view by clicking the button below.

Over the last 3 days we've taken over 5700 responses from fitba fans across the country and today we can reveal that the happiest fans in the SPFL Premiership at the moment are Motherwell, with a solid on pitch rating of 83 and a league high board approval rating of 88 giving their club an average index this quarter of 85.

Great to see a fan owned club leading the way with the scores representing the sterling work being done at Fir Park by Stephen Robinson and Alan Burrows.

Only Rangers, with an on pitch rating of 85 can better either of those results, but the Gers faithful aren't massively impressed with the club board with Dave King and co getting an approval rating of just 72.

The main story in the Premier League though was at the other end with some big clubs looking at some seriously unhappy supporters. Hearts, Hibs, Aberdeen and St.Johnstone fans all slammed the performance of their teams with scores of 33 and under.

The Dons and the Perth Saints didn't fare much better off the park either with fans slamming the club boards with approval ratings of just 55 and 54 respectively.

See how your team fared in the division by clicking the button below.

A full summary index of all 42 SPFL teams is on it's way!

Show Me The Premiership Buzz
back to top