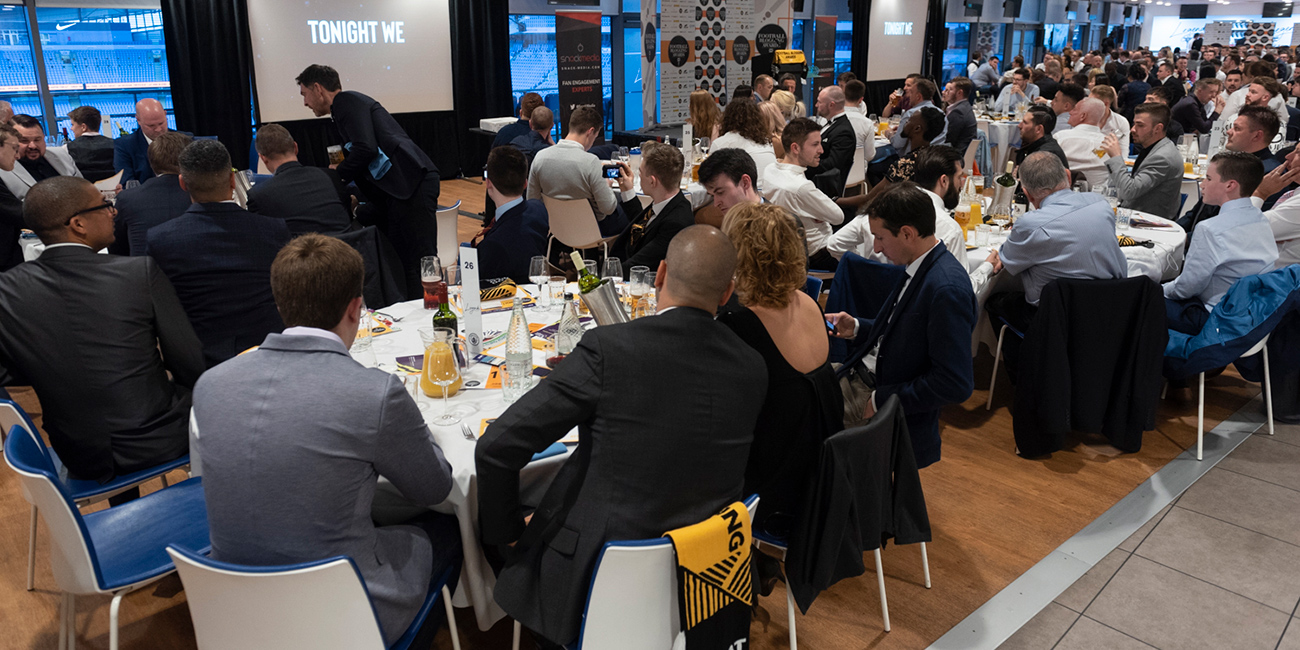 At the seventh annual Football Blogging Awards, Ian Wright and Peter Crouch picked up the It’s Gone Viral Best Footballer on Social Award in the Fans’ and Judges’ votes respectively. The Awards, considered the Ballon d’Or of the football content creation industry, recognises bloggers, vloggers, YouTubers and influencers in the sport and is voted for by fans as well as a panel of experts.

It was a good night for AFTV and The Redmen TV who scooped the awards in the Snack Media Best Overall Content Creator category.

This is the second year in a row that AFTV have won the main award, picking up the Judges’ version of the accolade in 2018 and the Fans’ Award this time. AFTV and its influencers were the most successful organisation on the night, scooping no fewer than five awards at the Etihad Stadium.

Mark Goldbridge of The United Stand took home two fan awards, one in the Bradley Lowery Foundation Best Influencer and another for Best Social Account. The Manchester United parody account Goldbridge World has provided some much-needed laughter for Red Devils fans this season, and beat 14 other finalists to a hotly contested award.

In total, the Etihad Stadium played host to an evening where over 25 awards were given out and nearly 20 categories rewarded. Over 850,000 votes were taken and 2000 creators were nominated. Since March, #FBAs reached 23m people on social media and accumulated over 374m impressions, with 75,000 total tweets and 29,000 different accounts contributing. On awards night alone, 8,000 tweets were sent using the hashtag, reaching 9.4m and garnering 36m impressions on Twitter alone.

More importantly,  £2,000 was raised for the Awards’ nominated charity, the Bradley Lowery Foundation.

Anthony Cooper, the Founder of The Football Blogging Awards said after the night, “This year has set a new precedent in this industry with fan media becoming more popular than ever and a trusted source of news for fans that are under served from others. When starting the awards in 2012 I never would have thought we would be taking close to a million votes but I did have confidence that creators could offer an alternative to mainstream sport channels. We’re especially proud to recognise the strong up and coming talent in the Women’s Football space which doesn’t get the recognition it deserves. We are seven years in but the fan led industry is growing faster than ever before.”

Another of the nights’ stars was Max Hayes from Match Day With Max and Playmaker FC. Reclaiming the Mitre Best Young Content Creator award it clear to the onlookers he has a bright career in sports broadcasting.

Elsewhere Eni Aluko, one of the most decorated players in women’s football and currently playing at Juventus, presented the Carling Best Women’s Football Content Creator and dished out awards to both Sarah Halpin and The Redmen TV Women’s Football Show.

The evening’s final award was presented to 100% LCFC’s Lee Chapman. On the night of the shocking helicopter crash outside the King Power Stadium, in which Leicester City lost their owner Vichai Shrivaddhanaprabha, Lee’s emotionally powerful live-stream showed the power of fan-led, online media to cover the raw emotion of such an event, as well as report news in an accurate and sensitive way.

The full list of winners can be found below: