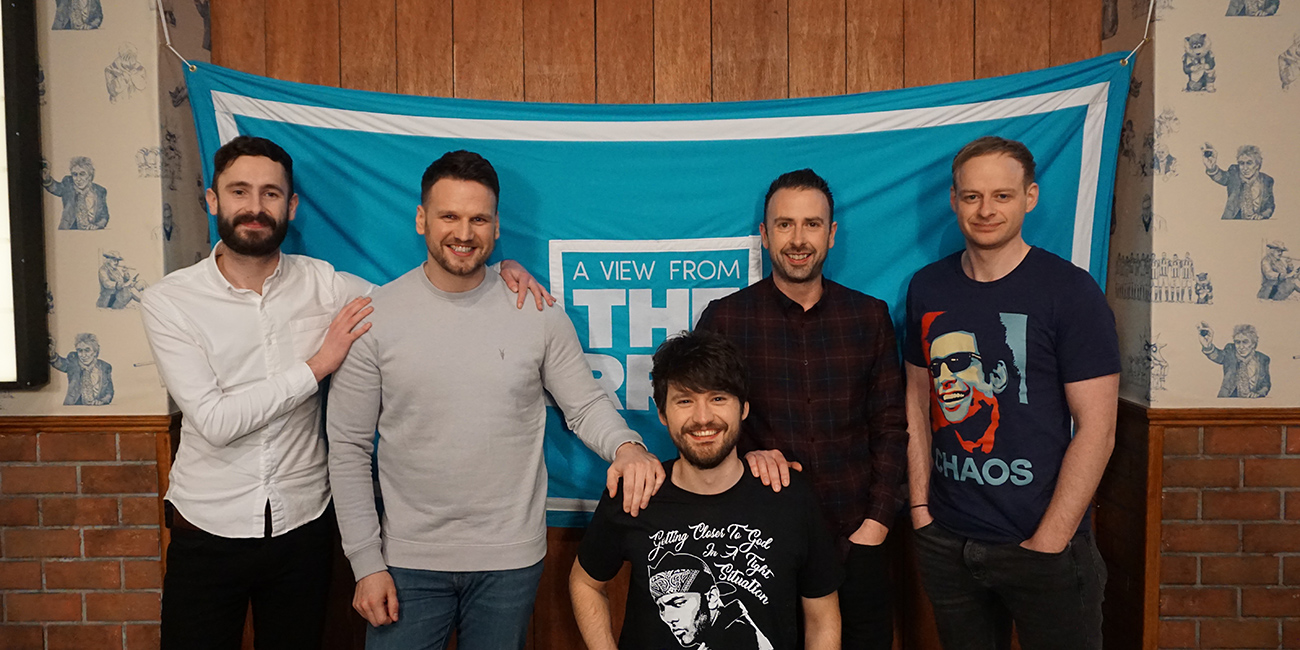 A View from the Terrace Nets Extra Episodes

A View from the Terrace, a weekly irreverent look at the world of Scottish football is celebrating netting a three episode extension to the series, taking it up to the William Hill Scottish Cup Final, following the overwhelmingly positive response received to its initial 10 episode run. The show is produced entirely in Scotland by a small team who travel the length and breadth of the country bringing to life the stories of Scotland’s lower leagues and more.

Broadcast on BBC Scotland at 11pm on Fridays, A View from the Terrace has been widely praised by critics both at home and internationally for its panel analysis and artistic approach to showcasing the Scottish game. The show is proving to be a hit across second screens as well, with videos clocking up hundreds of thousands of views, shares scored from the likes of Match of the Day and FIFA, and 2.5M users in over 30 countries reached from the @TheTerraceTV Twitter account.

Presenter Craig Telfer said: “We’ve been so encouraged by the response to A View from the Terrace. People really seem to enjoy the show and they get what we are trying to do with it. There’s so much great stuff to talk about in Scottish football at the moment, and we’re having the best time chatting through it on the sofa each week.

“The positive comments are pouring in across social media. We’ve been getting recognition from the likes of Match of the Day and FIFA which coupled with the fans’ feedback and now the extension is just fantastic.”

Director Jordan Laird chipped in: “The show has gone from strength to strength and the fact it’s been extended proves that there’s a real appetite for this kind of content in Scotland and beyond. We’re trying to showcase Scottish football in its entirety, and there’s no shortage of stories for us to cover both on the pitch and off. Some of the reactions we’ve had on social media in Scotland, the UK and as far as the US have been amazing. It’s great to know that what we’re doing is resonating with so many people.”

A View from the Terrace returns to screens on Friday 19 April at 11pm on BBC Scotland / iPlayer and is then available to stream for seven days.